The history of the Jews in Siegen and Siegerland until 1867 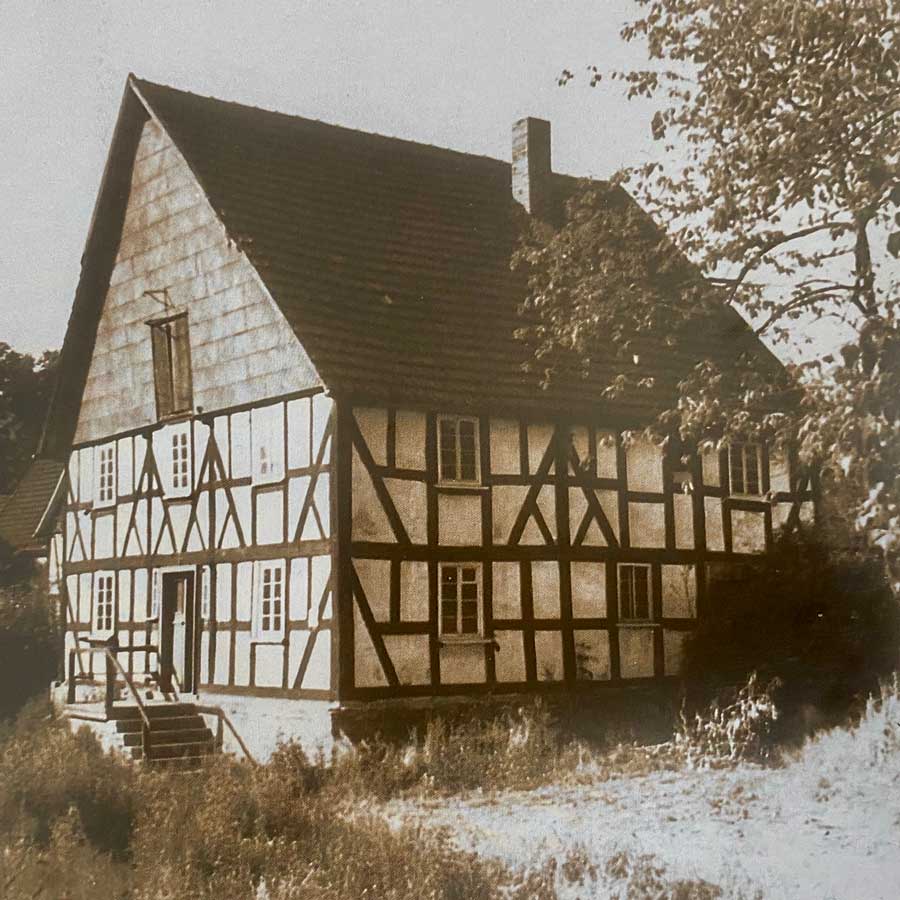 The first Jew known by name in the Siegerland region did not live in the city of Siegen but in the small village of Burgholdinghausen on the outermost edge of the principality of Nassau-Siegen. It was a merchant’s servant named Benjamin Moses, who came from Attendorn in Sauerland and was allowed to purchase a plot of land on the manor in 1797. This was only possible for him because Burgholdinghausen was an exclave: the village of seven houses belonged to the estates of the Baron zu Fürstenberg, who was sympathetic to the Jews as they were useful to him for his business connections. The cemetery, which Benjamin Moses established in 1804 after the death of his wife, is the oldest surviving Jewish burial place in Siegerland.

The Sieger­land region of southern West­phalia is one of the regions in Germany where for centuries, Jews were not allowed to settle. The oldest docu­mented mention of Jews in Siegen dates back to 1253, but the medieval Jewish community was probably erased during the plague pogroms of 1349/50. Until the Napo­leonic period (around 1800), the Princely House of Nassau denied Jews the right of residence in Sieger­land. Only when Jews were granted more rights and freedoms in the German provinces (under the influence of the French Revo­lu­tion (1789) and the Enligh­ten­ment) was it possible for a Jewish family to settle in Siegen in 1815, for the first time since the Middle Ages. However, it took another three decades before the city granted them citi­zenship in 1843.

The beginning of signi­fi­cant Jewish life in Siegen can be traced back to 1867 when several Jewish families from the neigh­bo­ring Sauerland and Witt­gen­stein moved to the growing indus­trial city. In 1884 they founded a congre­ga­tion, which built a synagogue twenty years later (1904). However, the community, which usually numbered around a hundred members, did not last more than six decades: in February 1943, the last Siegen Jews were deported to National Socialist exter­mi­na­tion camps. Before that, on November 10, 1938, Siegen SS and SA men had set fire to and destroyed the synagogue. Since 1945, only a few Jews have lived in Siegen.

EXCERPT FROM THE POEM „BASHERT“ BY IRENA KLEPFISZ